So, it's easier than you might imagine to let over a week go by without updating a blog.  Or, you know, a year.

The weather here has been, for Oregon, gorgeous.  I took a picture the other day of our indoor weather station because it was fifty-seven glorious degrees outside.  You just don't see that every day here, thus the picture.  That was topped by a sunny sixty-two today, and we made the most of it. 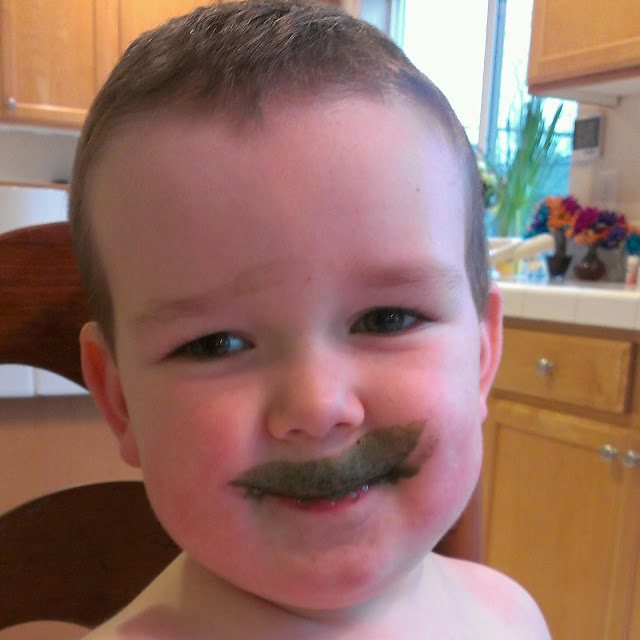 William has mastered spoon balancing on his finger.   If you look at the picture, you'll notice that he's kind of cheating by curving his finger around, but I was impressed nonetheless.  Sometimes I worry with our lifestyle that he won't figure things out very quickly, because he's just not around tons of kids all the time.  But, dude totally has the kid instinct to balance spoons, puff up his cheeks with air, and laugh way too loud at jokes he makes up himself. 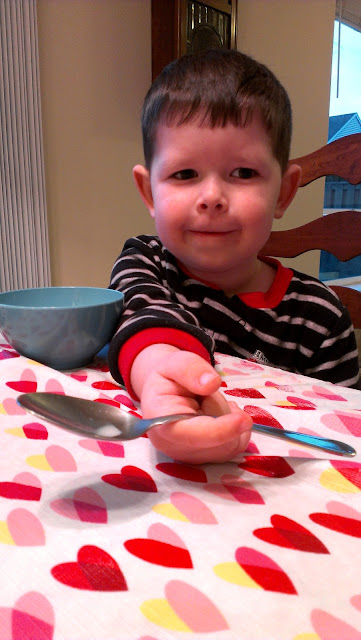 Ash Wednesday was this week, and the boys had their own ideas of what they would sacrifice for the next forty days.  William pledged to give up whole bananas (his favorite way of eating them) in exchanged for halved fruit, and Thomas let us know he'd be moving out of our big house and into a tiny one.  Both will be abstaining from Wheat Thins.

Here's a little prayer the boys are working on.  They can both say the words just fine, but get a little tripped up when they sing them. If it looks a bit, um, irreverent, well, you should have seen the other videos... this is about as good as it gets over here.

Lisa
Catholic mom of two boys and a girl. I find joy in the small things and enjoy sharing it with all of you.