It was a busy day at the Ferry House today.  I kissed Michael goodbye at 8:00 this morning and pretty much stayed on my feet until he arrived home at 5:30.  Oh, the things I accomplished!  It was like a little elf workshop here today, all because my wonderful mom came over to help with the boys. 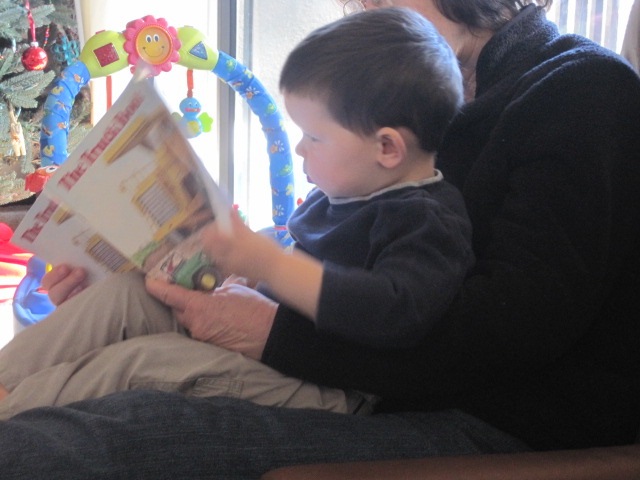 I was serious when I said it was an elf workshop here.  I finished my first prototype for the little pinecone elves I found on the Martha Stewart website.  The result is cute but flawed, but we'll get to that later.  First, I sewed tiny hats, scarves, mittens and slippers. 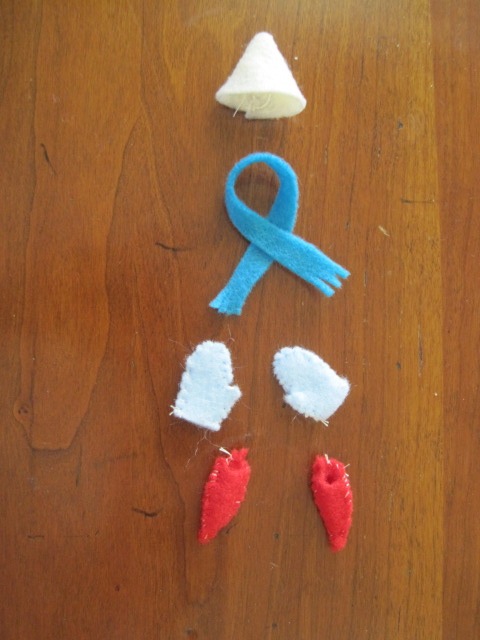 I was feeling really good at this point, because seriously, how cute are those?  But when it came time to assemble, I realized my pine cone was a bit too large. 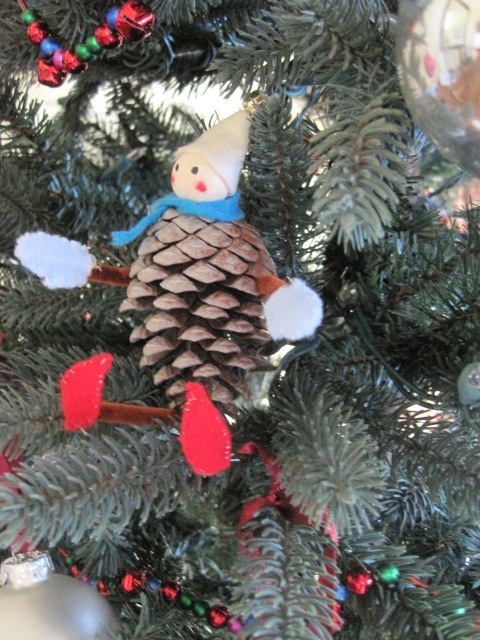 Cute in theory, not in actuality.  His enormous body leaves his arms and legs all out of proportion.  And in San Diego, what is a girl to do?  With a short supply of coniferous trees, my cone options are as limited as you might imagine.  Even our local craft store only carries the larger versions.  I'll triumph in the end, I'm sure, but for now, our little elf friend will sit in lopsided solitude. 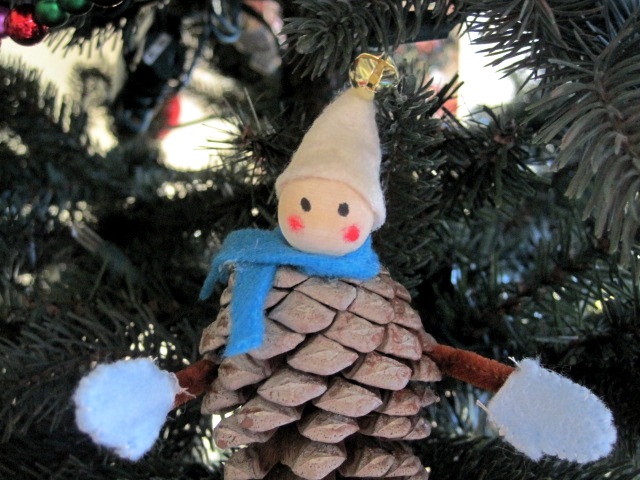 Instead of letting the elf mishap get the best of me, I moved on to more tested, more successful homemaking operations.  These will be my Christmas gifts to give to friends and neighbors this year, so if you think you might get a gift from me, stop reading if you want to be surprised. 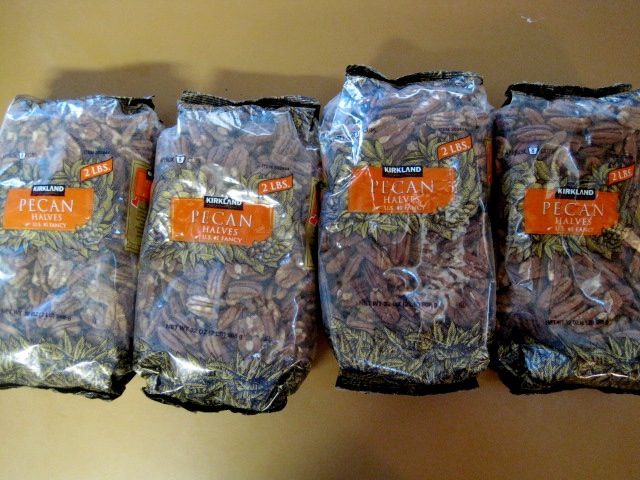 Costco has the best deal on nuts.  Of course, take that with a grain of salt... nuts are not cheap... Costco is not cheap.  The last time I was in, they tried to get me to upgrade to an Executive membership because I spend so much money there.  In fact, they were kind enough to have an employee at the checkout who told me the number of thousands of dollars I've spent there over the past year... in front of my mother.   Big mistake, Costco.  Thank you for shocking me and my mom with my own spending habits.. I will try to buy a considerable amount less from you next year, even if only to save myself embarrassment in front of my mom.

Okay - side story over - back to the Ferry Christmas Workshop.  We'll be making:

Sugared Pecans!  (I hope this is not a secret family recipe) 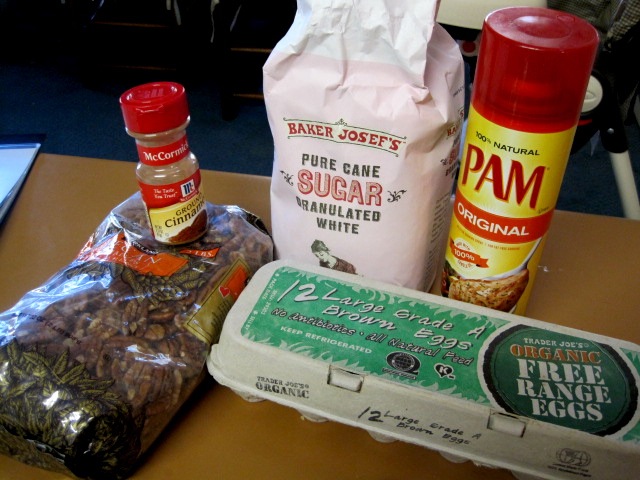 I forgot to take a picture of the salt, but there's salt in the recipe, too.  Or maybe it's just hiding behind the sugar...

And now for the details.

Preheat the over to 300 degrees.
In a small bowl beat egg white with the water into a front.
In a large zip lock bag, combine sugar, salt, and cinnamon. 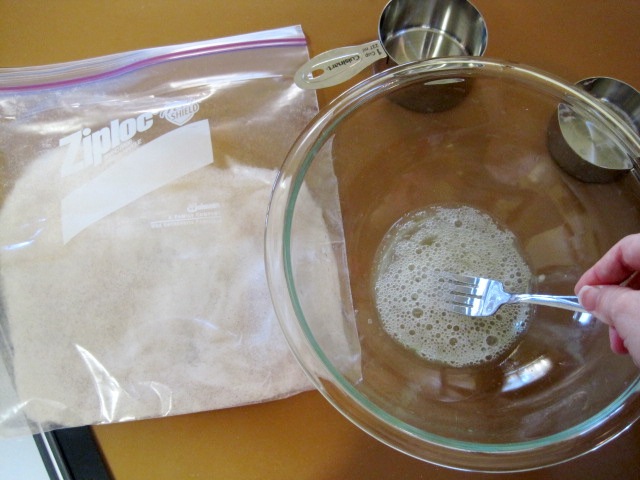 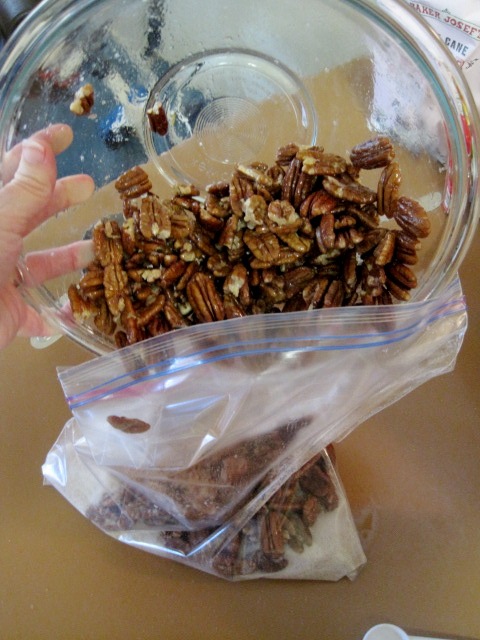 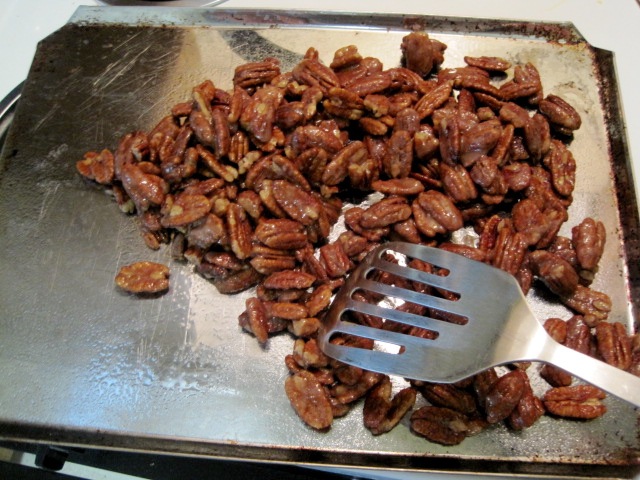 Bake forty minutes or until egg whites have dried.  Stir every ten minutes while baking. 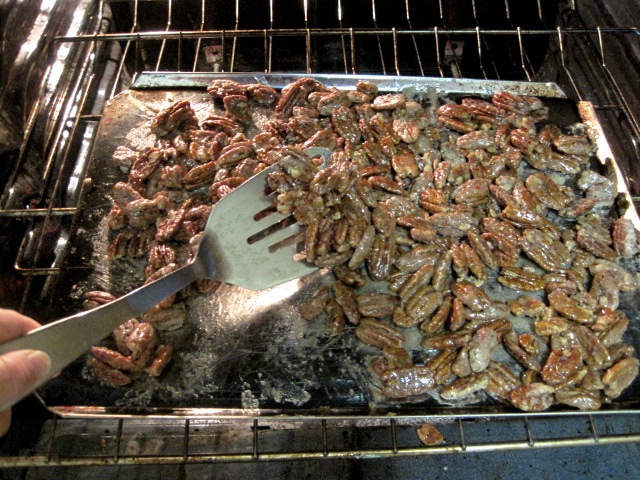 They're delicious, I promise.  But don't make them yet - first wait to see if you get some from me.

Next up:  Dinner.  Coconut curry chicken with jasmine rice and snow peas.  Delicious comfort food after a big day of projects.  I won't put the recipe up for this one.. this post is long enough. 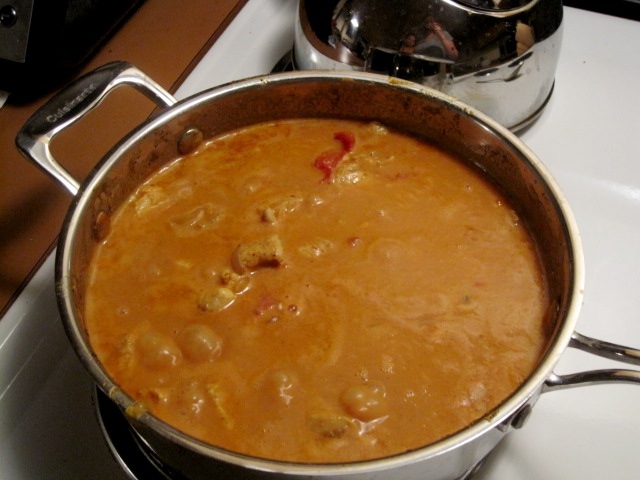 Looks yummy though, doesn't it? 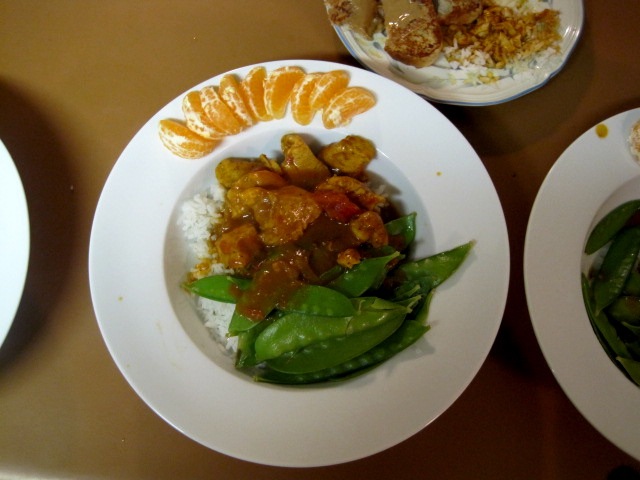 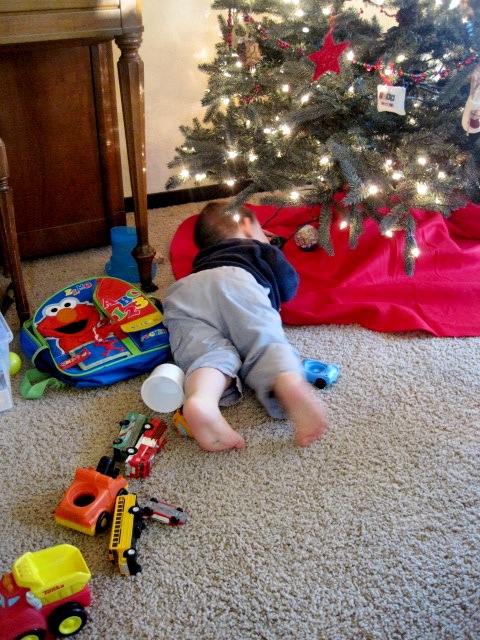 Thank you to my mom who kept the children occupied as I did all of this today.  Had you not been here, there is almost a zero percent chance that any of this would have happened.  Or, it would have included a lot of tears... from everyone. 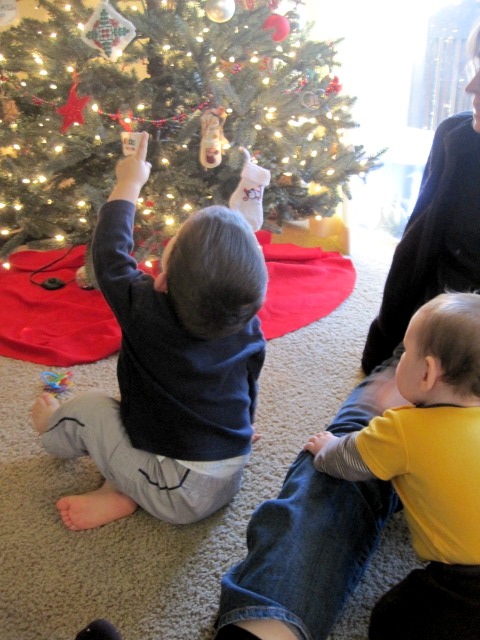 Phew.  Are you still reading?  Then be sure to leave a comment on the previous post, so you can have a chance to win my giveaway!  It's a great prize, I can't even tell you how fun it is.  I'll be talking about that more tomorrow.   Be sure to check back, as I'll be selecting and announcing the winner of the BidBlink Bid Pack tomorrow evening at 9 PM PST.  See you here!

Lisa
Catholic mom of two boys and a girl. I find joy in the small things and enjoy sharing it with all of you.